An American Vegetarian in Europe Part 1: Arrival and The Iskele

I’ve been wanting to go to Europe for a while now and this was the year that the stars aligned to make it happen. From the day after Christmas through the first week of 2014 I traveled between London, Amsterdam and Prague. As I went I attempted to keep a journal writing down as much as I could of where I went, what I saw, who I met and what I ate. This is the first of 3 or 4 (we’ll see :)) posts about the eating portion of the trip.

I was pretty impressed at the number of vegetarian options in each city that I went to. London I expected to have absolutely no problem, but It was never difficult for me to find something to eat in any city when I was meandering around on my own. A couple times when I went out with friends the options were a bit more limited, but there were always options.

I arrived in London around 4 in the afternoon and by the time I got through customs it was already pitch black. My dinner plan was to check out Carnevale which Yelp told me was open, but after navigating the many tiny streets from my hotel to get there, I discovered it wasn’t. The adventure began. Having no internet on my phone at this point and no real idea where I was, I started walking in the general direction of where I was planning on going out that night. After a 10-15 minute walk, I stumbled upon this place, the Iskele:

It was Mediterranean so seemed like it would at least have vegetarian options and I was starving at this point. The menu looked solid and it would be a great place to come with a group and share. Aaaaaaand they had the most hilarious birthday song. That broke out twice. The first time, I was sitting there drinking my beer and waiting for my hummus and out of nowhere a birthday song (not the birthday song) started blasting over the loud speakers and there wasn’t any music in the place before it started. At first I was afraid, I was petrified (not really, but I couldn’t help it), then I was trying not to crack up. They came out singing and attempted to get the whole restaurant involved. I wish I recorded it. 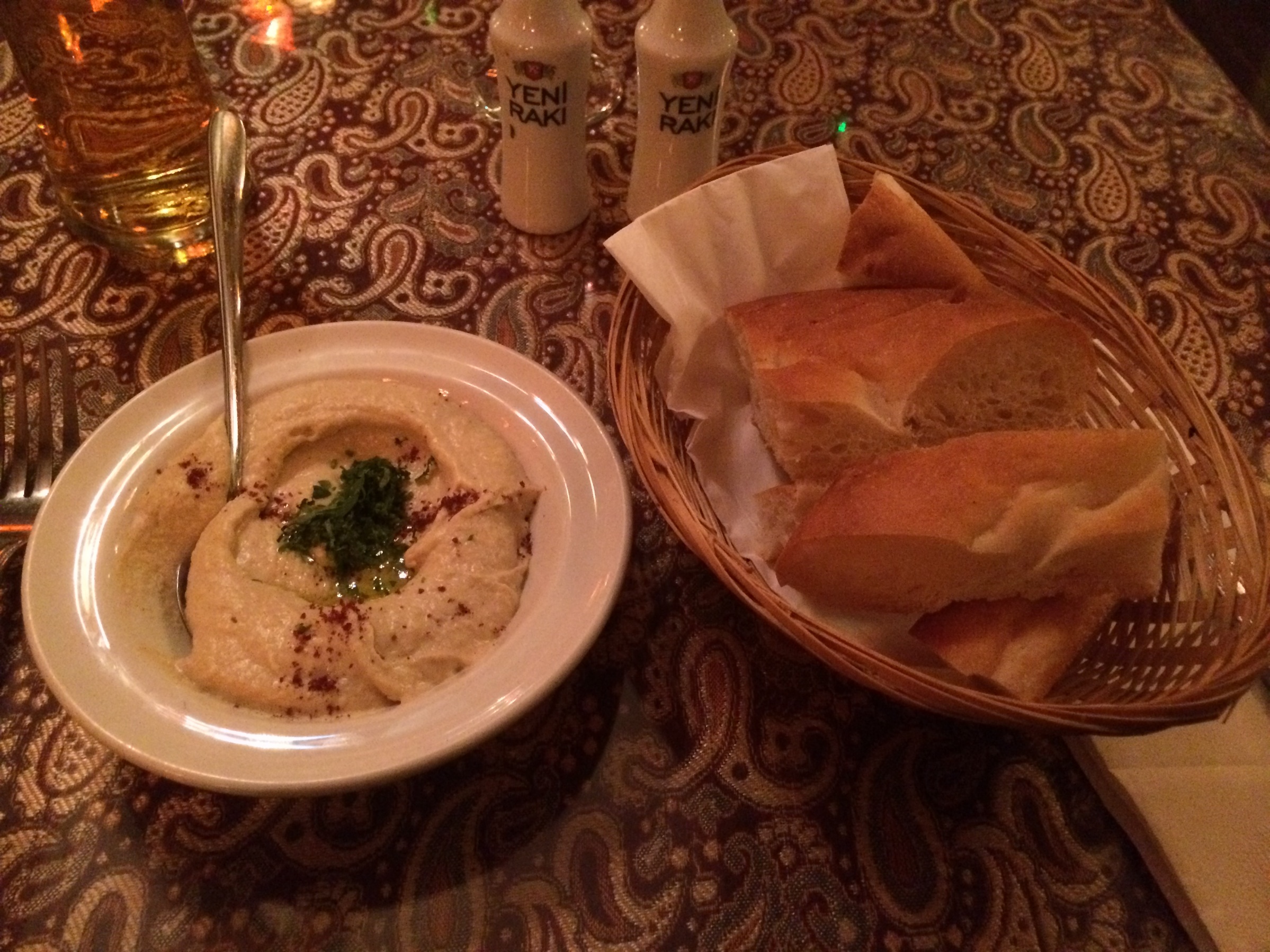 I had hummus and bread to start. The hummus was pretty standard, but the bread was good. Again I was in need of any sustenance at this point and that was the easy way to start.

Really impressed with my main dish which was called the Iskele Vegetarian. I was going to order the Moussaka, but asked the server what he liked best and he steered me in the right direction.

Eggplant was cooked awesomely. They topped it with onions, peppers and a scoop of yogurt. I feel like something else was in there. One of the best eggplant dishes I’ve had in a while. 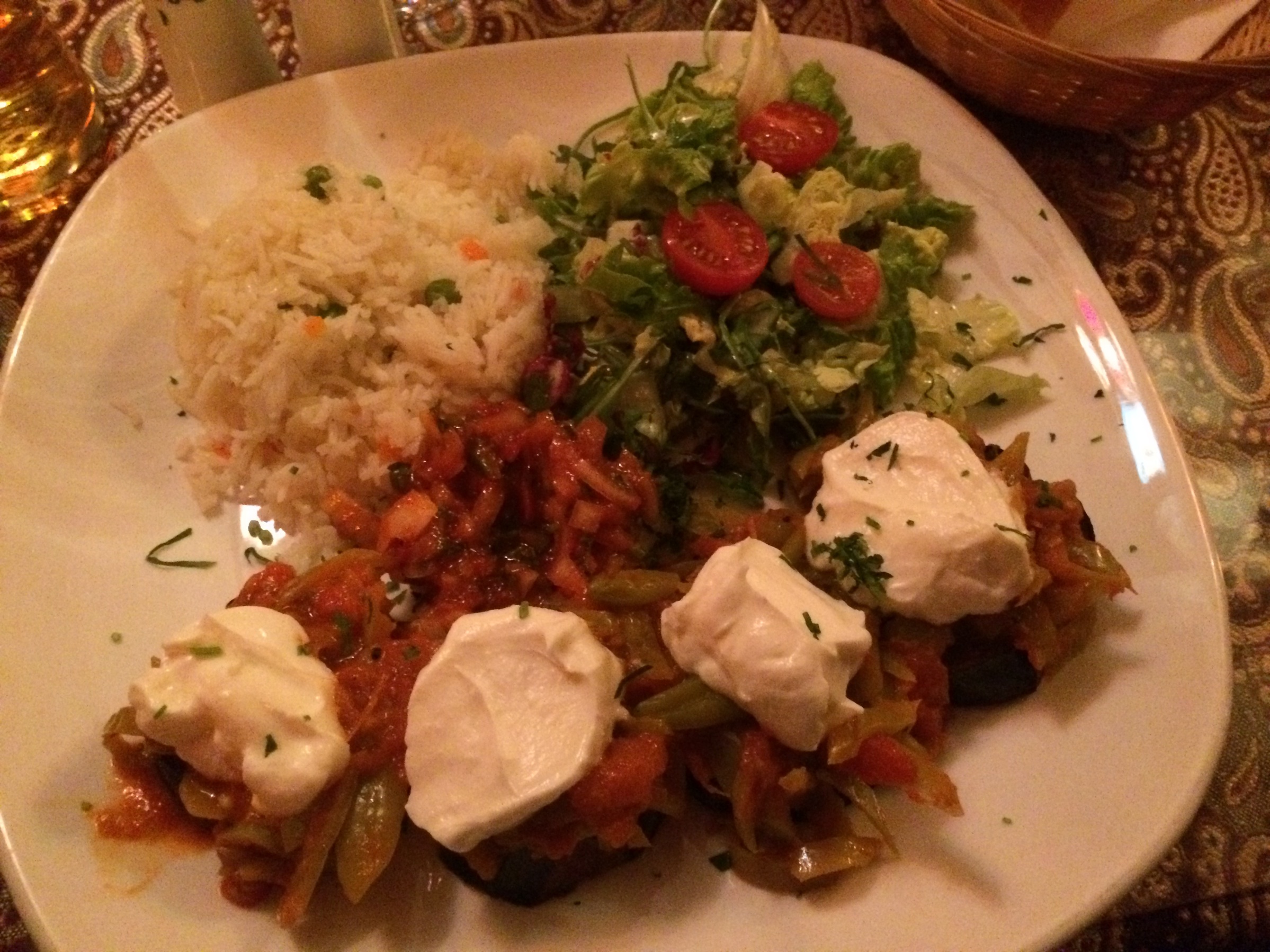 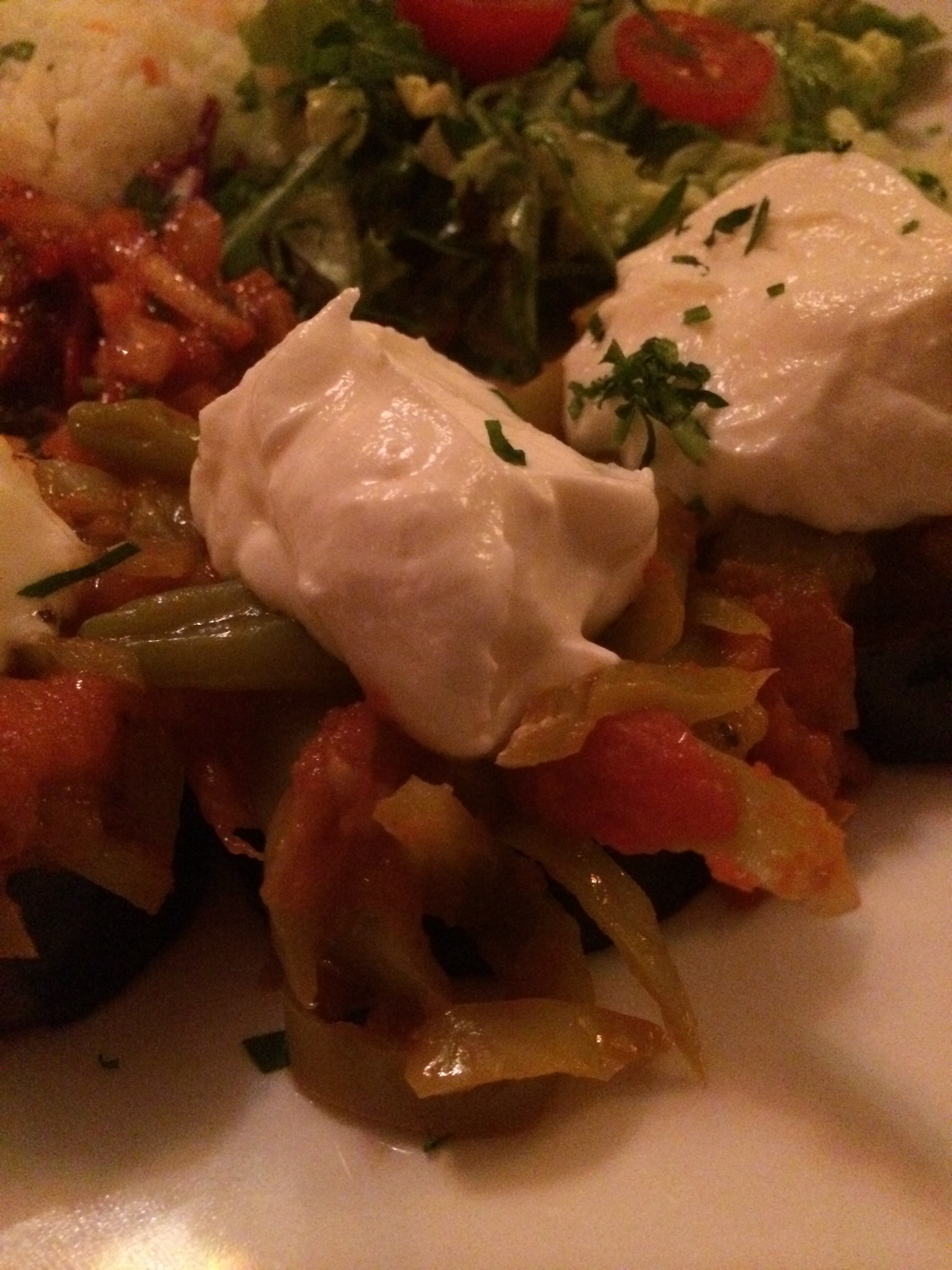 If I wasn’t so stuffed I would have tried the creme brûlée for dessert. Thankfully they ended the meal with a shot of amaretto which was sweet enough. I then headed out for the night on a full and happy stomach.