An American Vegetarian In Europe Part 2: Markets, Dosas and Mildred’s

Welcome to part 2! If you haven’t read part 1, you can check it out here.

I started my day out wondering around in search of delicious coffee (not uncommon). The first place I attempted to get to based on Yelp suggestions was closed, but right next to it was Borough market. It was farmers market-esque with a little more emphasis on the prepared food and specialty vendors.

The market was awesome. Sprawling with food and drink. I got a winter soup with some great crusty bread and wondered nibbling on cheese and other samples around the market. There were a ton of great spreads, sauces, olive oils, mustards, pastries and people watching to do. 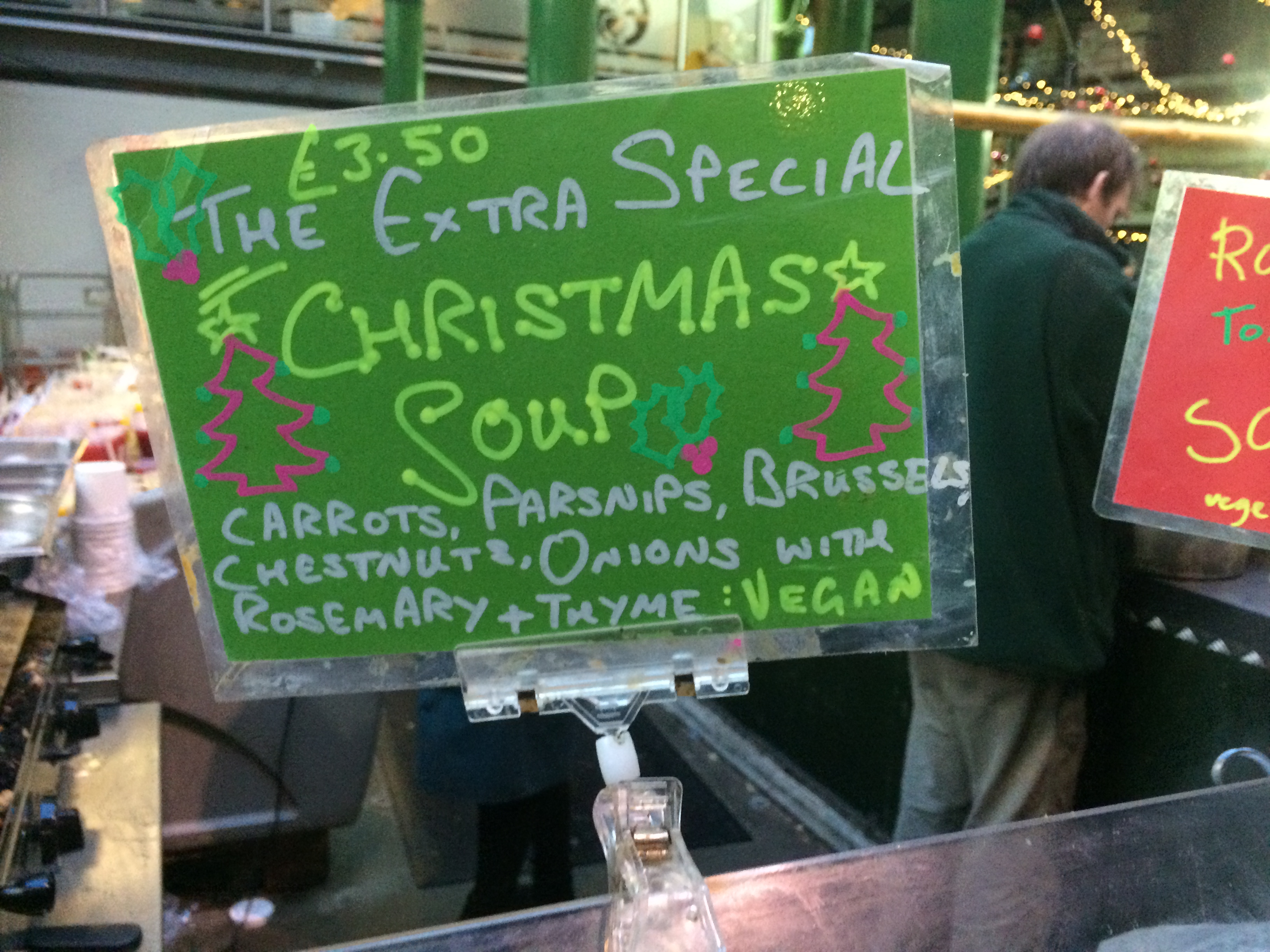 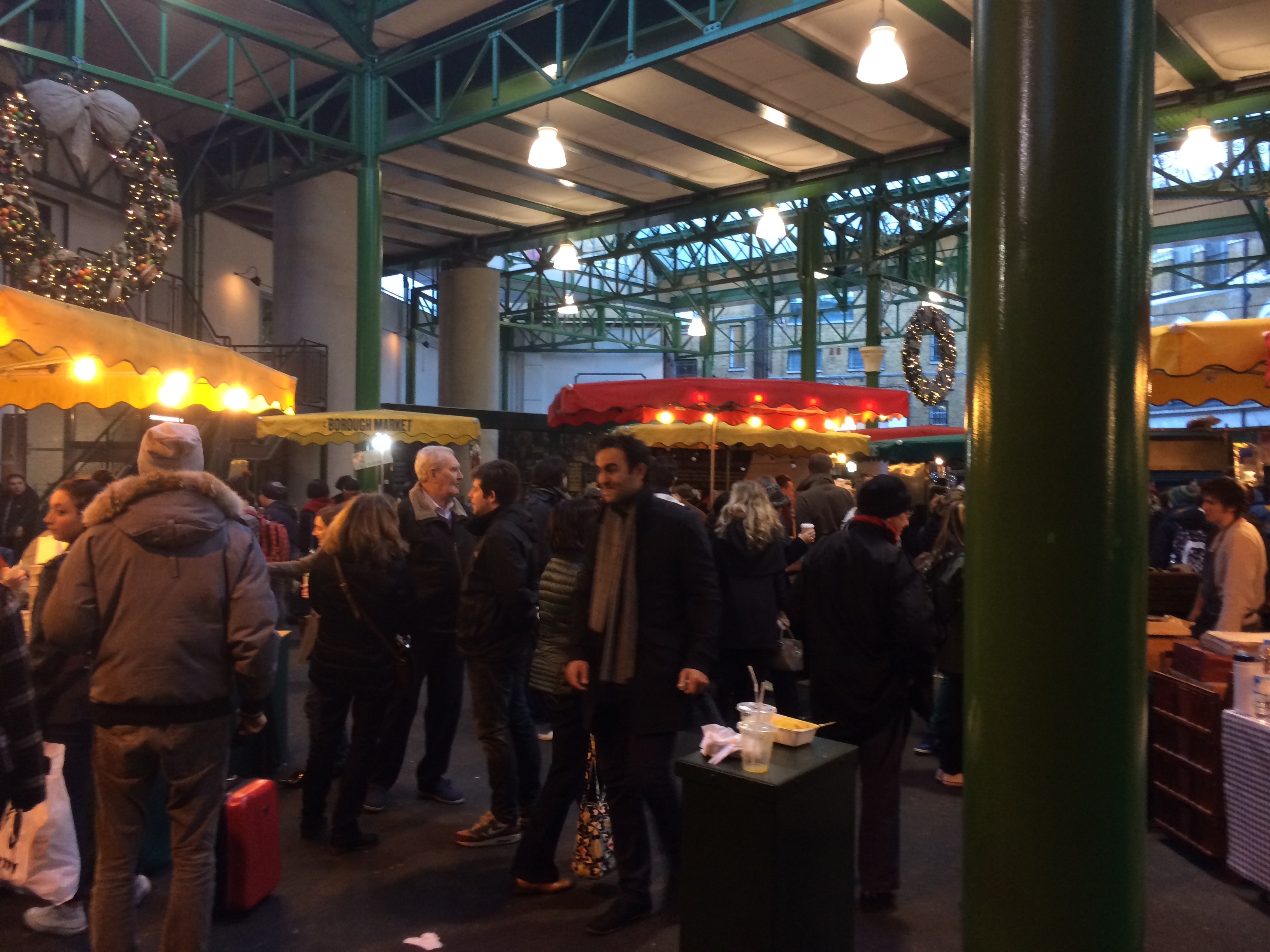 After that I checked out a couple bars with local brews and stopped at the Market Porter and got their winter ale. Smooth and delicious and pretty cheap relative to the area. What sparked my interest initially was seeing a group of people drinking and smoking outside on the sidewalk. I guess you can bring your glass out if you are smoking. In general it seems like a lot more people smoke in Europe than in the US. I have yet to do my homework on that.

Love that you can get a beer in multiple sizes at most places. Makes it easy to just stop for a quick drink or sample a couple different types of beer without having to have full glasses. This place also had a lot of taps where you actually pump it out instead of just turning on the tap. 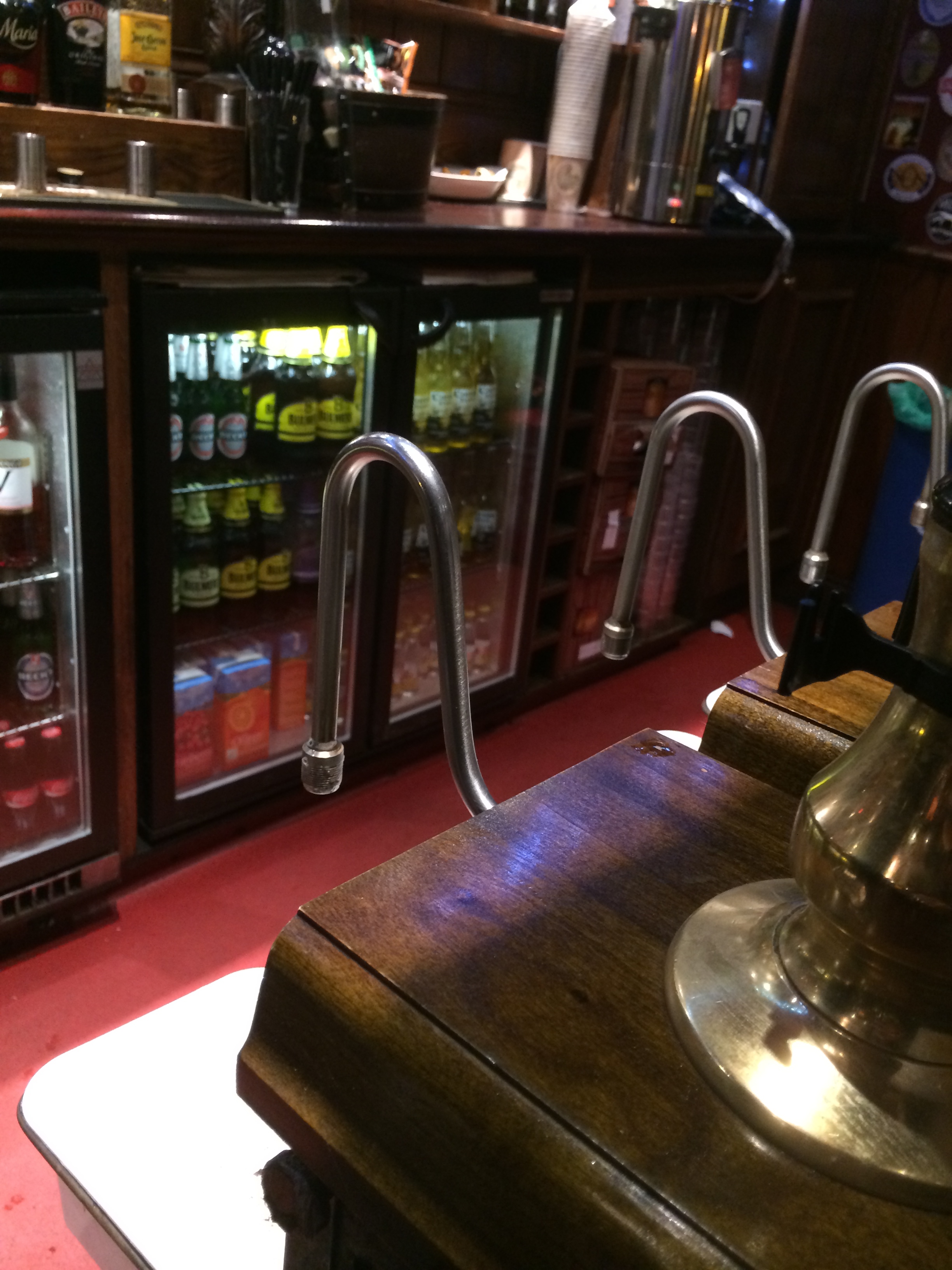 Later that night my plan was to go out in Tooting with some friends. Once I arrived in Tooting, I found a nearby vegetarian Indian restaurant called Chennai Dosa. It looks like cheap Indian food and seems a little sketch, but this is what adventure is all about right?

I ordered the Special Masala Dosa and Gobi Manchurian. Not sure what either of those are, but they were recommended and the total was only £6. As I looked around I realized that I was the only white guy in there, which made me think that the food was going to be excellent.

The first thing that came out was the Gobi Manchurian which was this cauliflower appetizer. It was awesome. I think they were fried and tossed in some kind of epic mildly sweet sauce with green onions. I’ve never had cauliflower like this before. It was almost like the cauliflower buffalo wings you can get in LA at Mohawk Bend and other places. Really delicious texture and flavors. 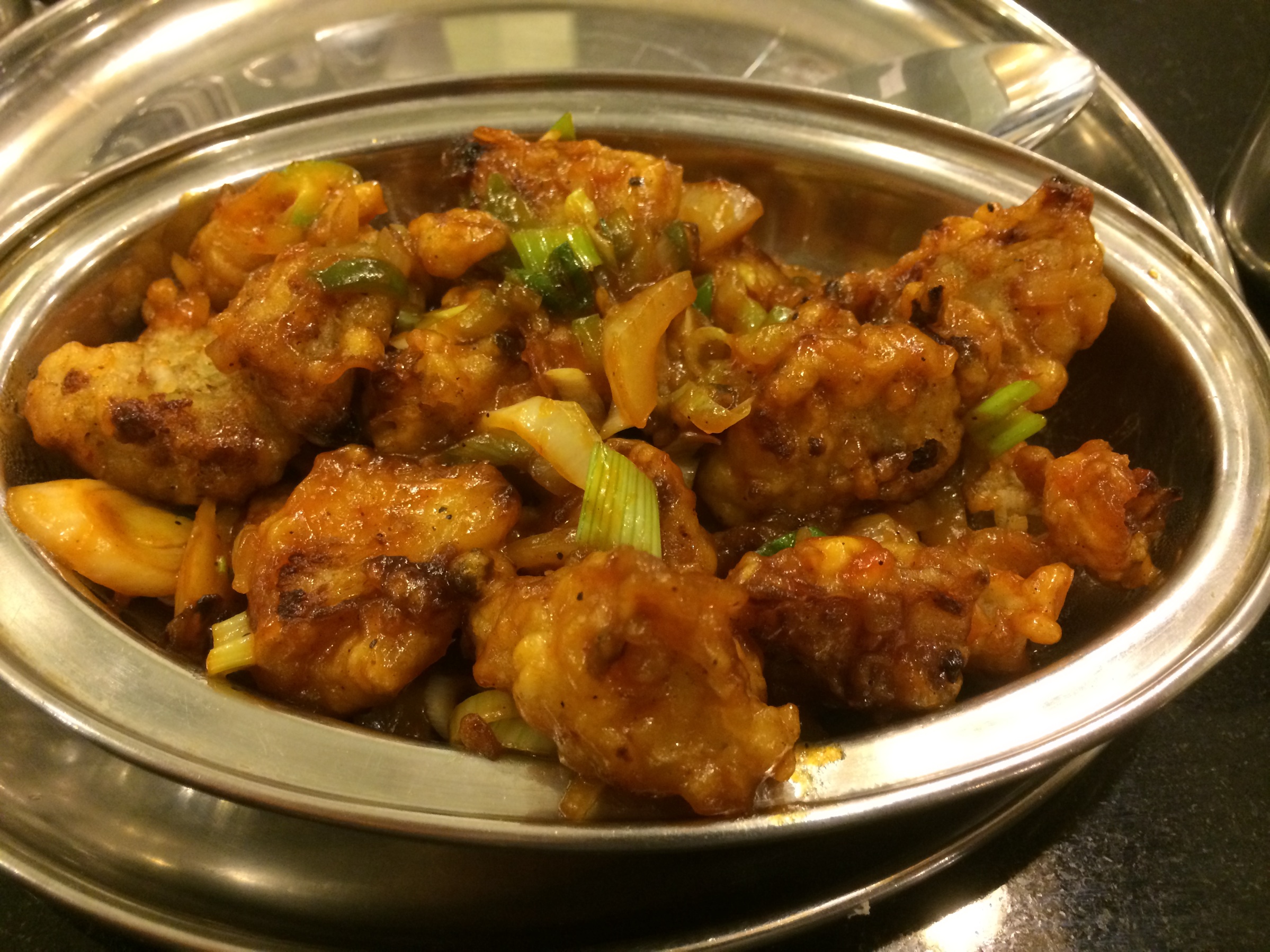 Then came the dosa which was HUGE. It was like a giant super thin savory crepe. It had some spread all over it and a large scoop of a curried potato blend in the middle. It came with what tasted like a lentil blend, garlic sauce and some green sauce that I’m guessing was cilantro based. I saved some of the califlower to be devoured with the dosa as well. Even though this started suspect, it ended in dinner success. 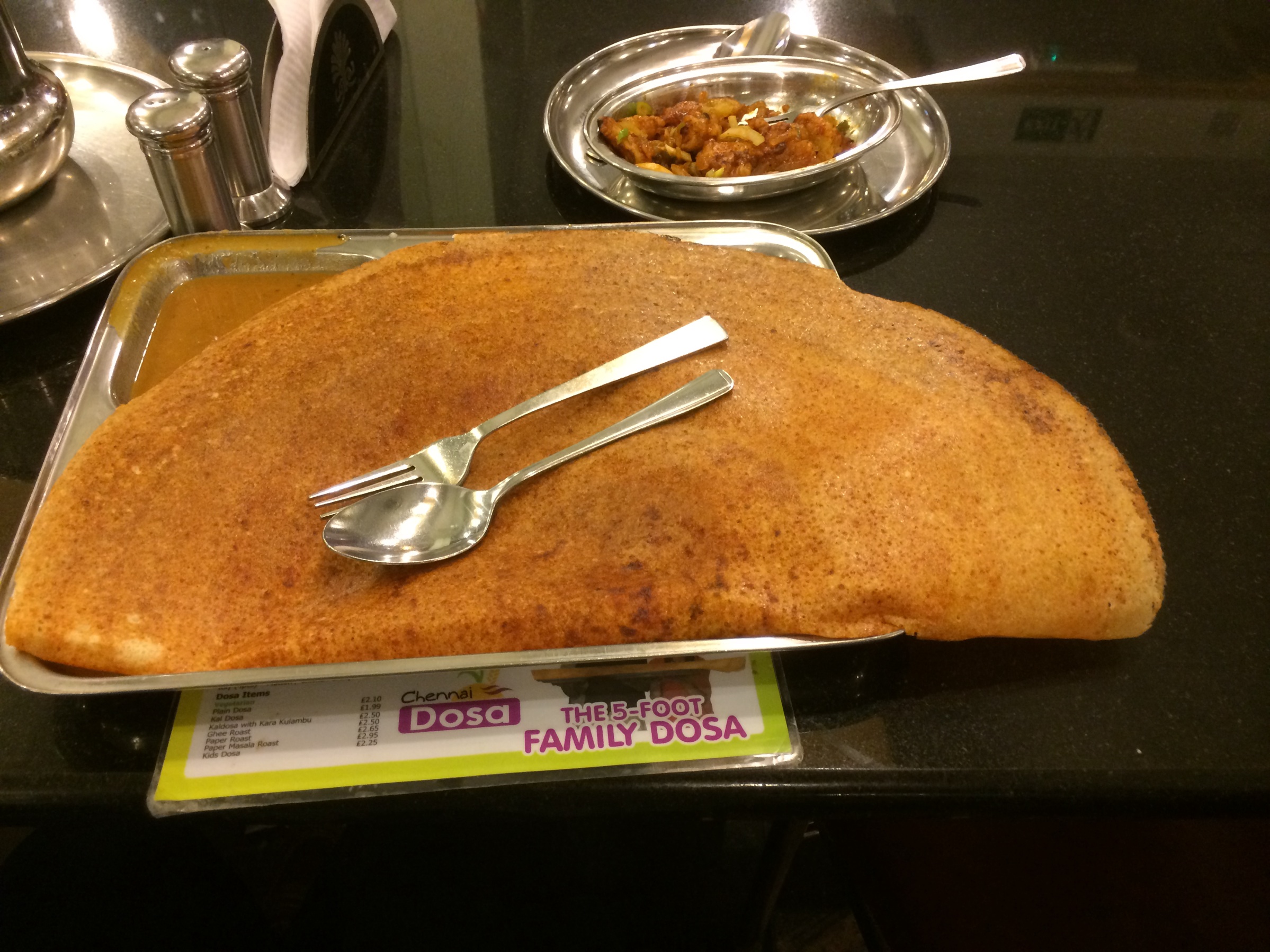 The water was at the table and served in these little metal cups which I also like. Something medieval feeling about drinking out of metal. 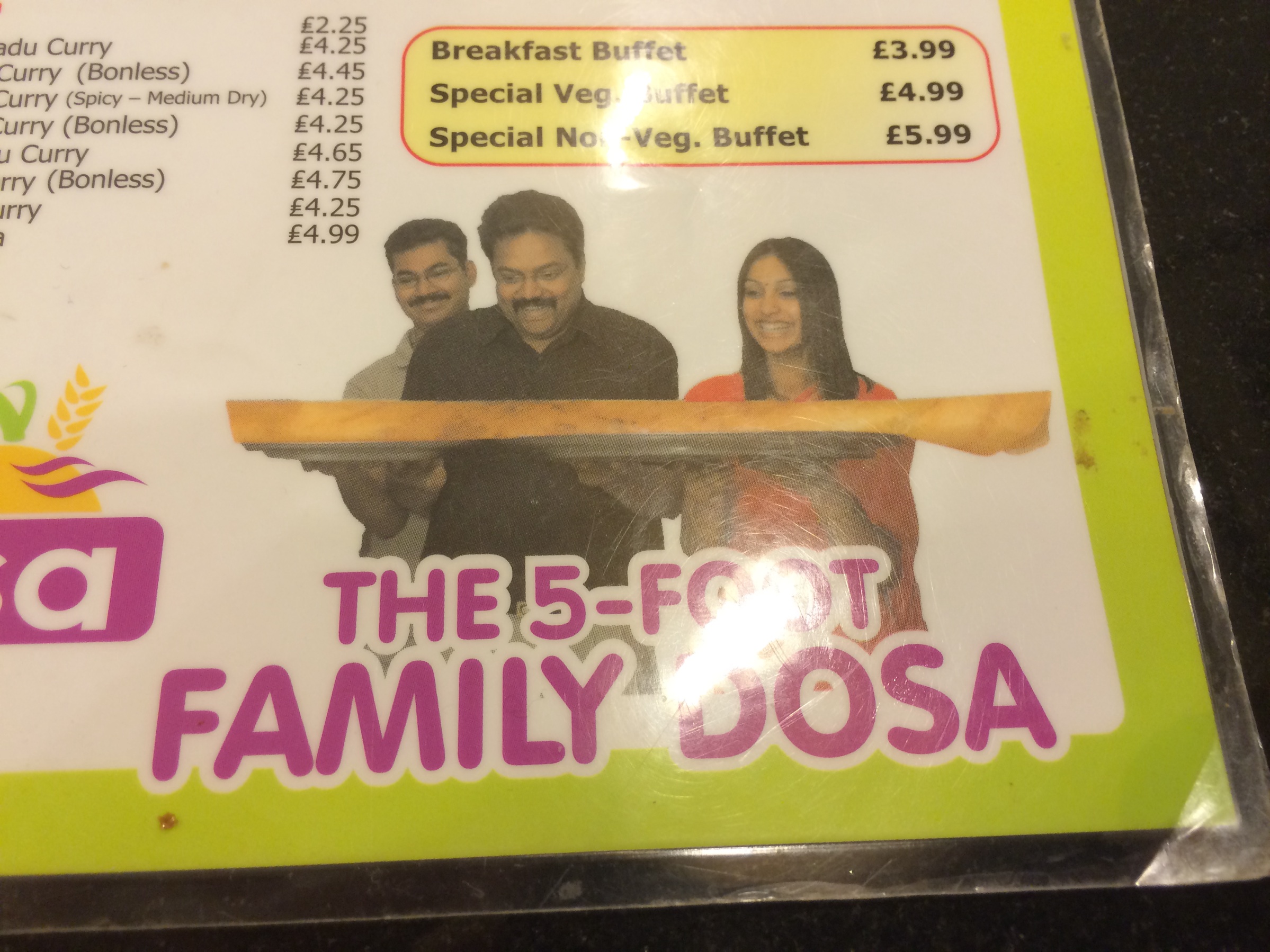 Headed down to the famous Mildred’s vegetarian restaurant on Lexington which I think I heard about on Instagram. Place was packed. They had a pretty awesome menu with burgers, pasta, salads, etc. I went for the mushroom pie and a carrot, beet, ginger juice. I figured the pie wasn’t something I could get anywhere else as opposed to the burgers and other stuff.

After I ordered, I did see some burgers come out and they looked really good as did the sausages. Guy across from me got the detox salad with goat cheese which also looked great. 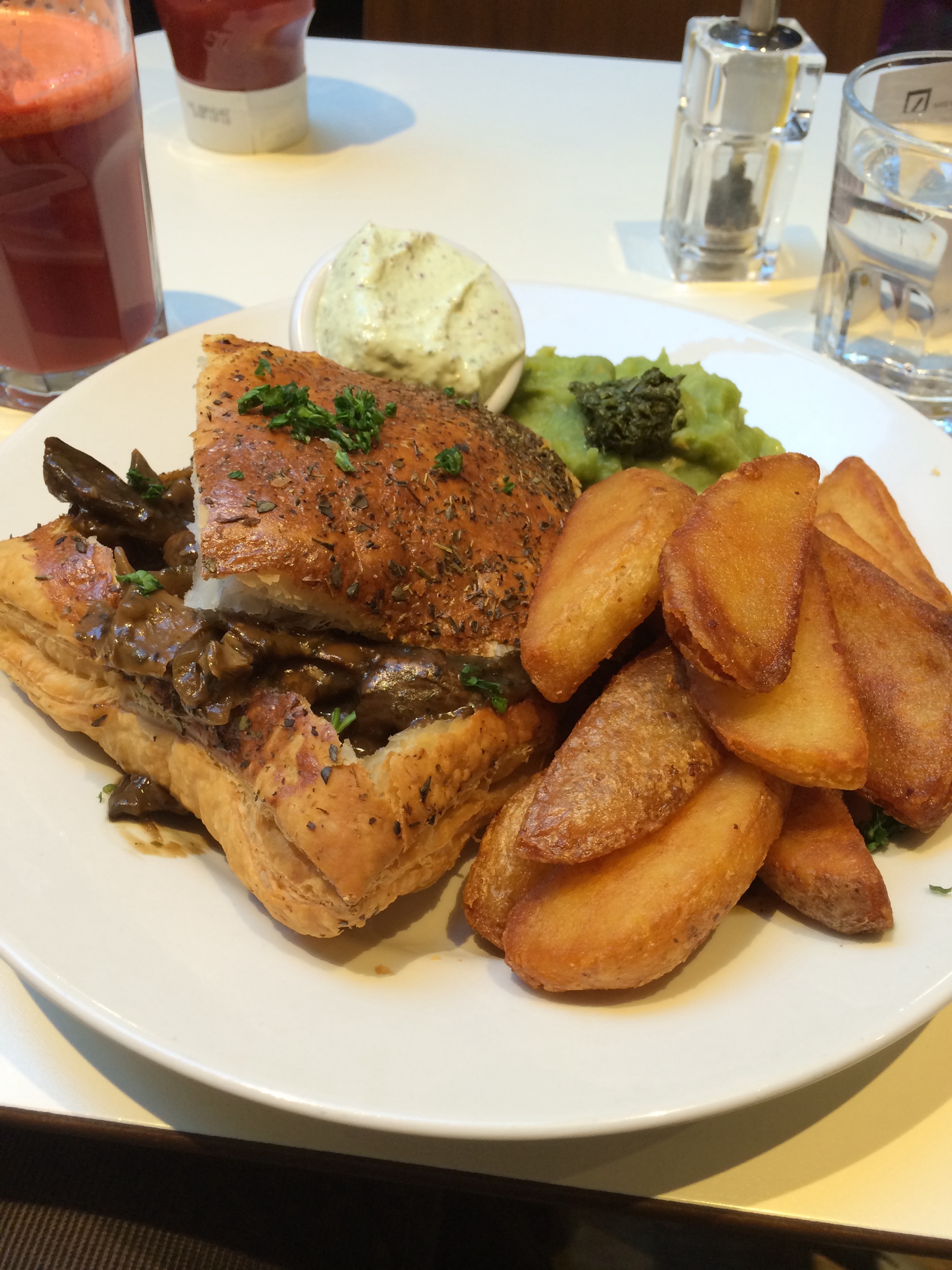 The mushroom pie was pretty good. It had a surprisingly beefy taste to it must have been a mushroom stock with some wine. The fries and basil mayo was my favorite part. Really crispy fries with a soft center and the dip was dead on.

When I first saw the mashed peas I thought it was guacamole and I was confused. Even when I first ate it I couldn’t tell what it was until I saw a full pea in there. It also had some kind of marinated herb on top that was really strong, but tasted good when mashed up.

The pie itself was flakey and good. The whole thing was full of flavor. Seemed like lots of fresh herbs were included. I would definitely come back to explore the menu more, I think I would go for the detox salad or the burger. Cool thing about the burger is that it changes so depending on the season and what they have that day it will be a different experience.

Can you please make me that Gobi Manchurian some time?! It looks mind-blowing.

Yeah, I’m down! I actually just picked up some cauliflower over the weekend to try this/buffalo cauliflower.