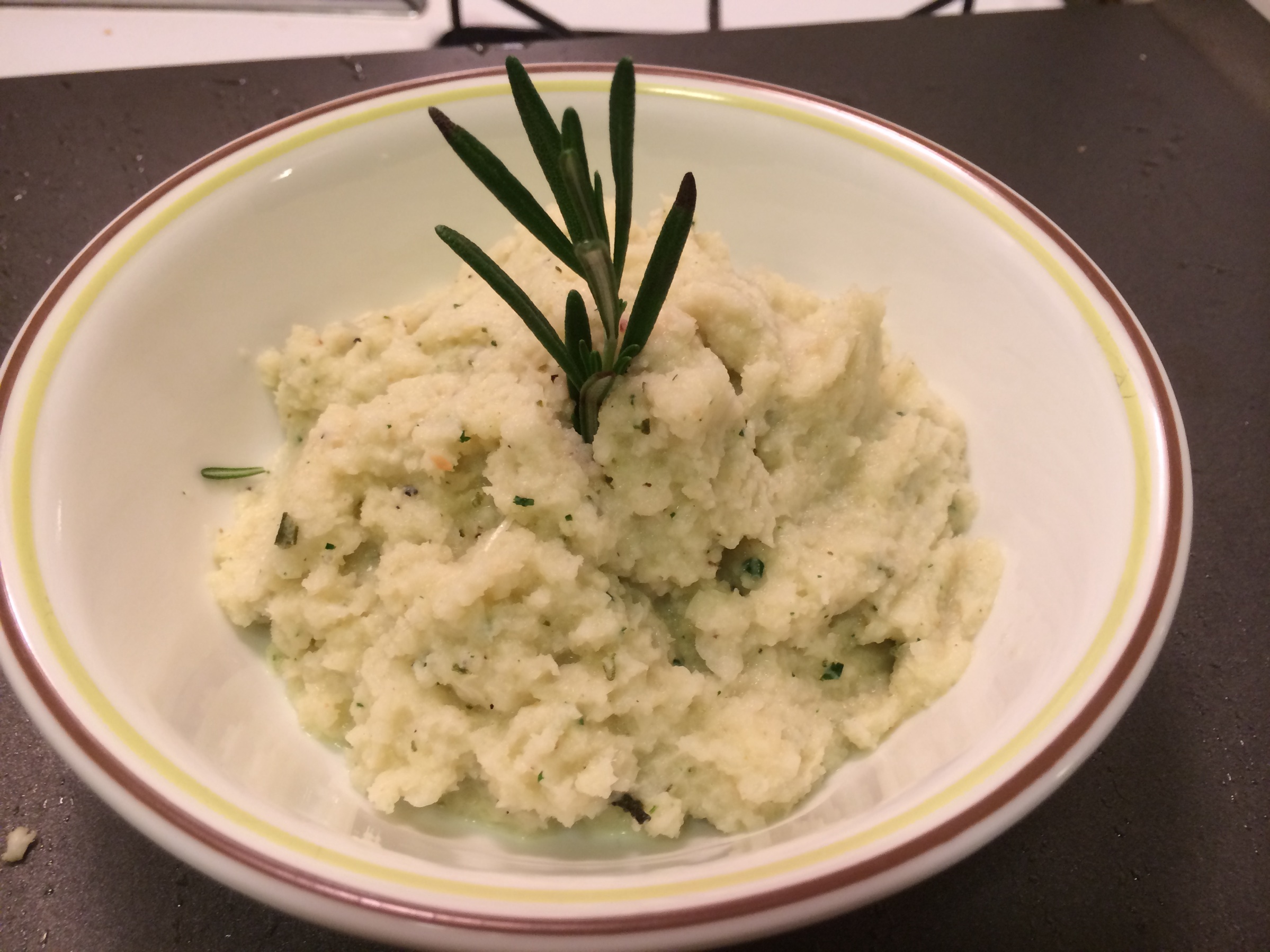 First off, there are no actual potatoes in this recipe. It’s cauliflower and celeriac (a celery bulb) mashed together in potato-like fashion. Don’t expect the texture to be the exact same, but the flavor is great and it functions just as well as a side dish that’s a little healthier for you.

If you were making this for a party or the holidays you could go even more rich by substituting coconut cream instead of coconut milk. I was able to find both at Trader Joes.

Once you have it all blended if you want it to be a little more smooth you can add some veggie stock and blend again. I would only add 1/4 cup at a time so it doesn’t overpower the flavor or water it down too much.

Let me know what you think in the comments! 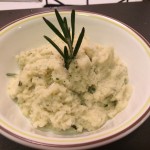 Yum!! I’m made cauliflower mash before but never with coconut milk. Excited to try this!!

Awesome! I think it goes really well with Coconut milk. This was the first time I did it with the herbs. Usually I go more indian flavors with curry, cumin, etc.

I have a head of cauliflower sitting in my fridge. Going to pick up some celeriac and try this!

[…] a side, I whipped up some Coconut Cauliflower & Herb Mashed “Potatoes,” a mind-blowing recipe from my friend CJ of Vegetarian […]