I’ve had a squash overload lately and been looking for new things to do besides my usual roasting and souping. I had actually never cooked with delicata squash before, I had only eaten it in restaurants. It’s pretty great too cook with since you don’t need to skin it which is a pain with butternut and other winter squash varieties. 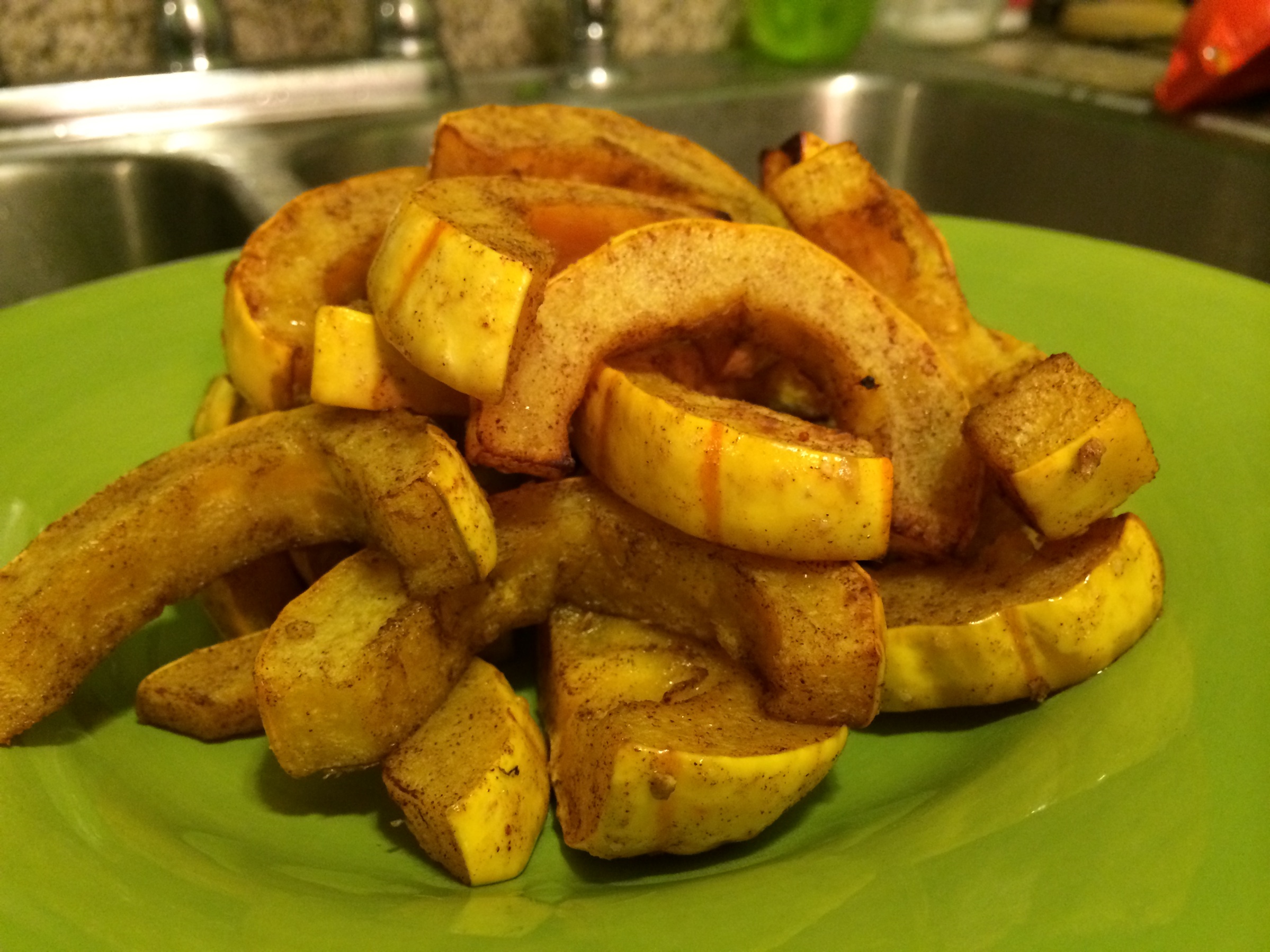 The flavor is rich and it almost feels like you are eating a dessert, although I feel like a lot of winter side dishes have that feeling because of the cinnamon, nutmeg and other spices.

The recipe is super easy and quick to make. They should stay good in the fridge for about 5 days. I actually took the last handful or so that were left and tossed them into a smoothie with some banana, ice and almond milk. Highly recommend that move if you’re into the whole smoothie thing. 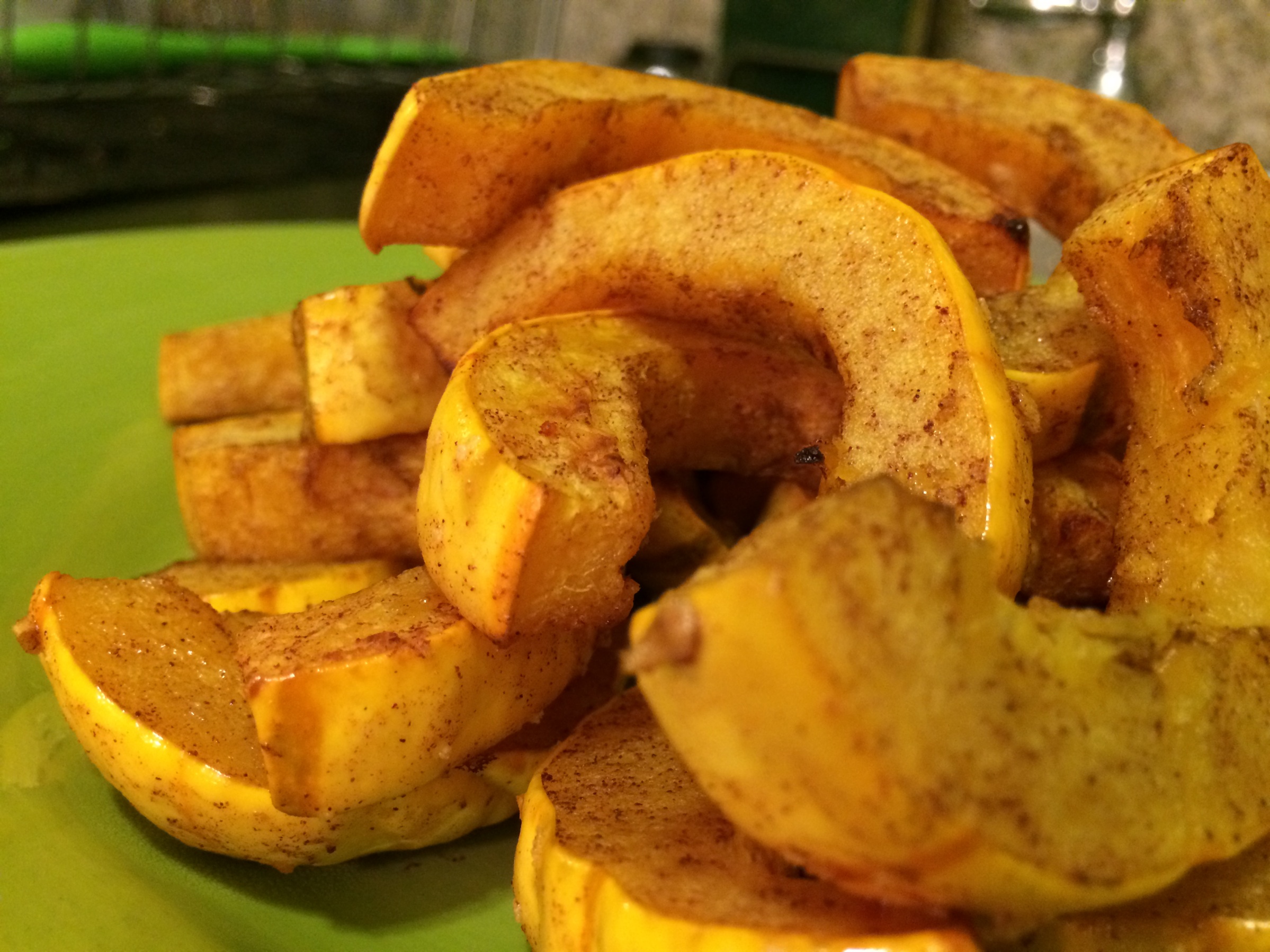 What do you think about the recipe? How do you cook delicata squash? Let me know in the comments! 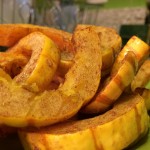 Laurie Colwin’s recipe for delicata squash tian is wonderful – savory, not sweet. (also vegetarian, but not vegan). Nice change from the usual cinnamon/nutmeg accents.
It’s in her book “Home Cooking” but you can probably find it on the internet somewere

I’ve been on quite the squash kick lately too. You just gave me another reason to indulge my addiction 🙂