I’ve been trying to figure out more and more ways to create dishes that are all or 95% vegetables. It’s a satisfying way to clear out the last of a batch of produce before it goes bad. It also creates really healthy dishes that I don’t feel bad if I end up inhaling the entire thing. This recipe was inspired in exactly that way. I was heading out to the farmers market and I had one red onion, some radishes I never used from the previous week and a bunch of kale. Out of that came this hot red salad! 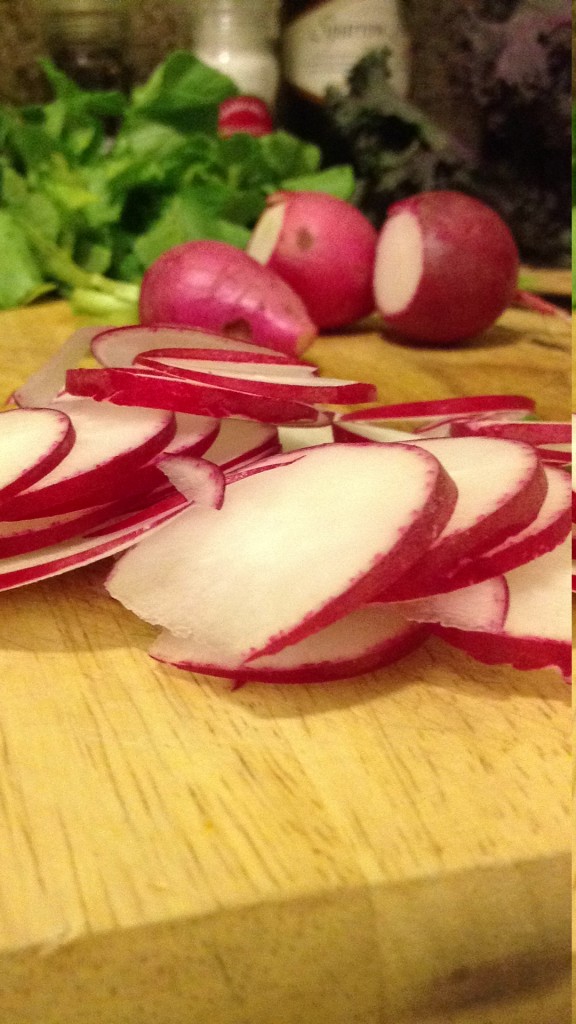 If you can slice your radishes even thinner than this, it’s even better. 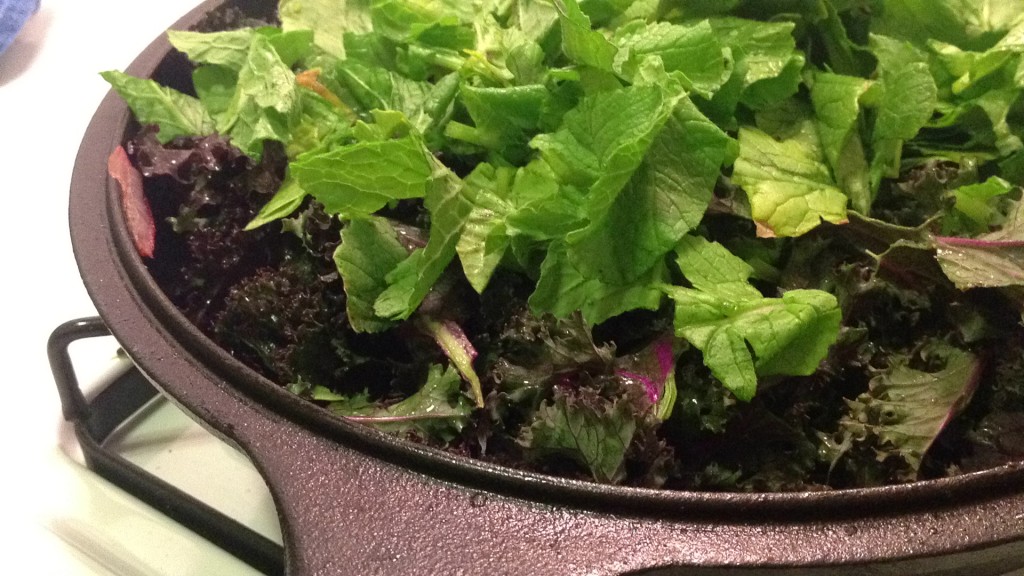 Overflowing leafy greens, but these shrink as they wilt down.

Let me know your thoughts in the comments! 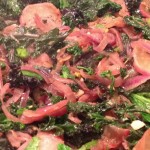