Who doesn’t love a good tuna salad?? The tuna probably don’t, but let’s save that for another post.

Tuna salad sandwiches were a go to in my house growing up. It was a simple sandwich to make, the salad would keep well in the fridge for most of the week and there are endless ways to snack on it and customize it to your liking. Plus you could add some cheese, toss it in the toaster oven and have a great hot sandwich option.

Naturally, when I became vegan I was on the hunt for a good substitute for this childhood classic.

There are a number of ways to mock tuna salad. A lot of recipes use chickpeas and there are even some packaged vegan tuna brands out there like Good Catch and Sophie’s Kitchen. I enjoy the chickpea variety, but chickpeas are also tough to digest for some (high FODMAP) so I generally make mine using the wonder food that is jackfruit.

When broken apart, jackfruit does a great job mimicking tuna. You get the stringier bits as well as more chunks which is similar to a tuna salad if you like to leave it a bit chunky, which I do!

Where can you find jackfruit? It’s critical to get plain jackfruit and not the popular pre-seasoned varieties you see more commonly in stores. Here are some recommended approaches:

There are dozens of ways you can customize this recipe to your liking, but there are a couple critical elements in my opinion. The first is something pickled. I personally love the pickled flavors so this includes both dill pickles and a little bit of heat from the pepperoncini. You could substitute capers, olives, jalapeños and many other salty, pickled goodies for these.

The second critical element is a crunch. I always use celery as a base for this crunch and there’s something about the flavor of celery that works really well with this combination. I’ve also incorporated bell peppers, carrots, and cucumbers in different iterations. The real key is to cut them into small cubes (brunoise for the French) so that you just get these little pops of flavor and crunch as you eat the salad.

You can make this using basic tools that are in every kitchen. If you are interested in what I used, here are some recommendations:

I hope you try this for yourself! If you do and make any customizations, let me know what they are in the comments! 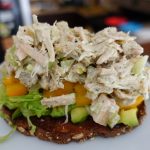 Vegetarian Dude Who doesn’t love a good tuna salad?? The tuna probably don’t, but let’s save that for another post. Tuna salad sandwiches were a go to in my house growing up.… Print This
Rating: 5.0/5 ( 1 voted )

Drain the jackfruit and place into a large bowl.

Using a potato masher and/or a large fork smash the jackfruit until it reaches a tuna-like texture. 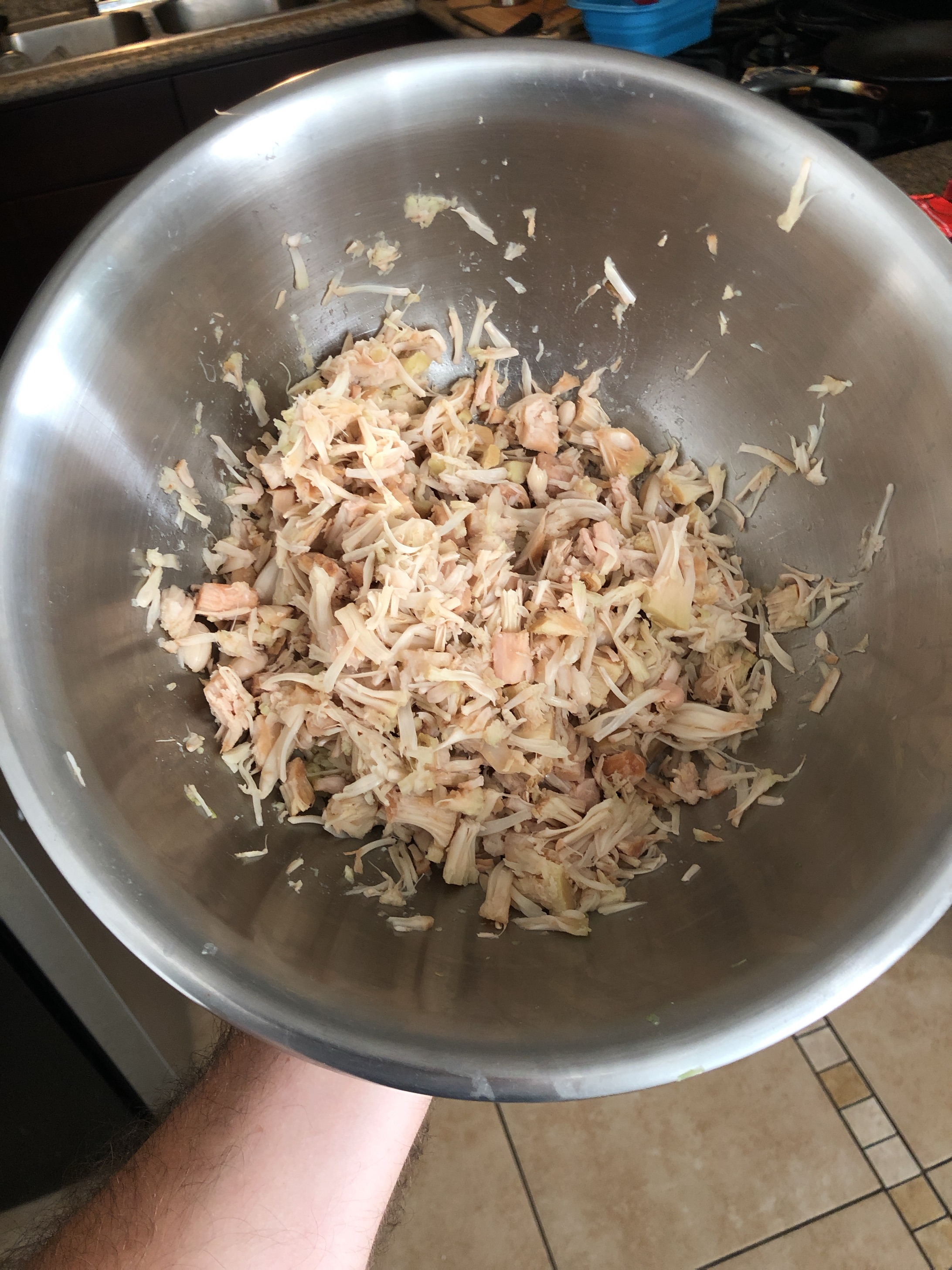 Add in the rest of the ingredients and stir until thoroughly incorporated. Taste at this point to see if you need to add more salt and pepper or any other ingredients to your liking. 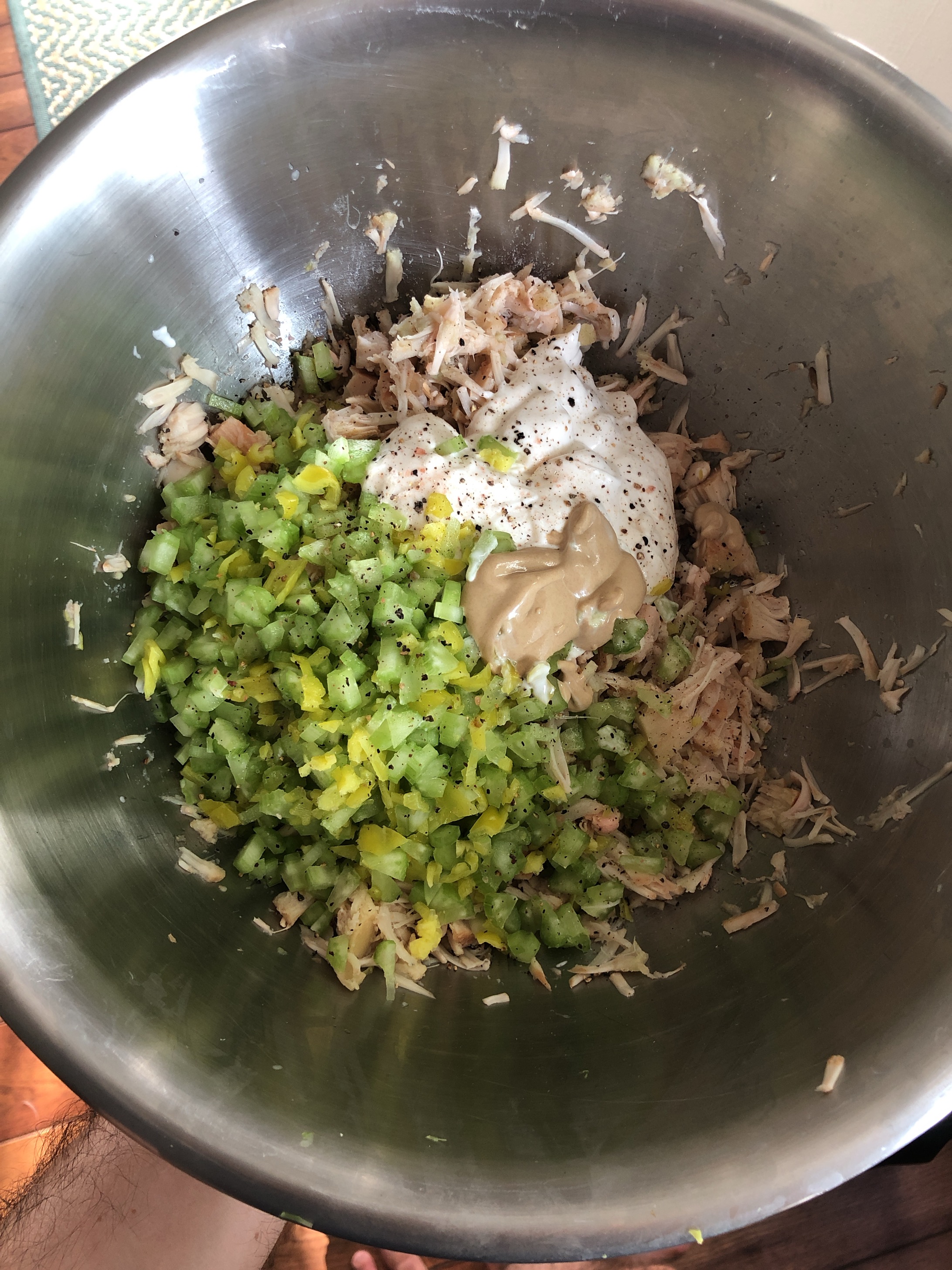 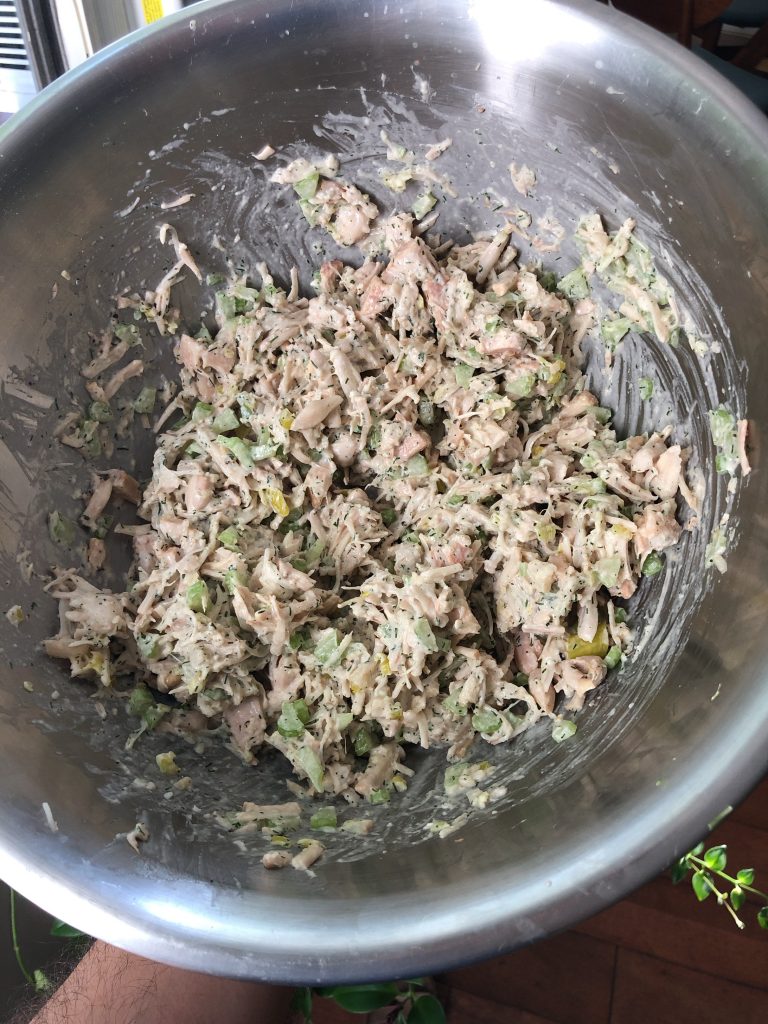 Let it sit in the fridge for at least an hour before serving. It will stay good for 5-7 days in the fridge. Delicious on a sandwich, wrap, crackers, salad or just eaten out of the bowl with a fork!