Apparently this place is a big hit as they have multiple locations and everyone I talked to about it was a fan. I discovered it completely randomly walking around looking for a place to eat dinner while I was in NY last week. There was a large crowd out front when I walked up and the wait was about 20 minutes. The hostess did a great job, which is important since they are the first point of contact. She gave accurate wait times and came and gave people updates as tables were closing out their tabs and being cleared.

I got a seat at the bar. It was pretty packed, hip and noisy inside which I’m down with, but would probably turn off a family or people who are bothered by that. Young crowd, I would guess a lot of college students based on the proximity to NYU.

They don’t have a full alcohol menu, but they do have a decent selection of beer and wine. I would have gone Magic Hat #9 because its one of my favorites, but they had an IPA that I’d never heard of called Smuttynose so I had to go for it. It had the right amount of hops for me and I was happy with the choice. The house special cocktail was a prosecco mint lemonade that was frozen and looked awesome. I told the bartender this as they had a tray of them going out and about ten minutes later, the bartender poured samples for the 4 of us sitting at the bar. Super refreshing, especially on the hot, humid city day that I was there. 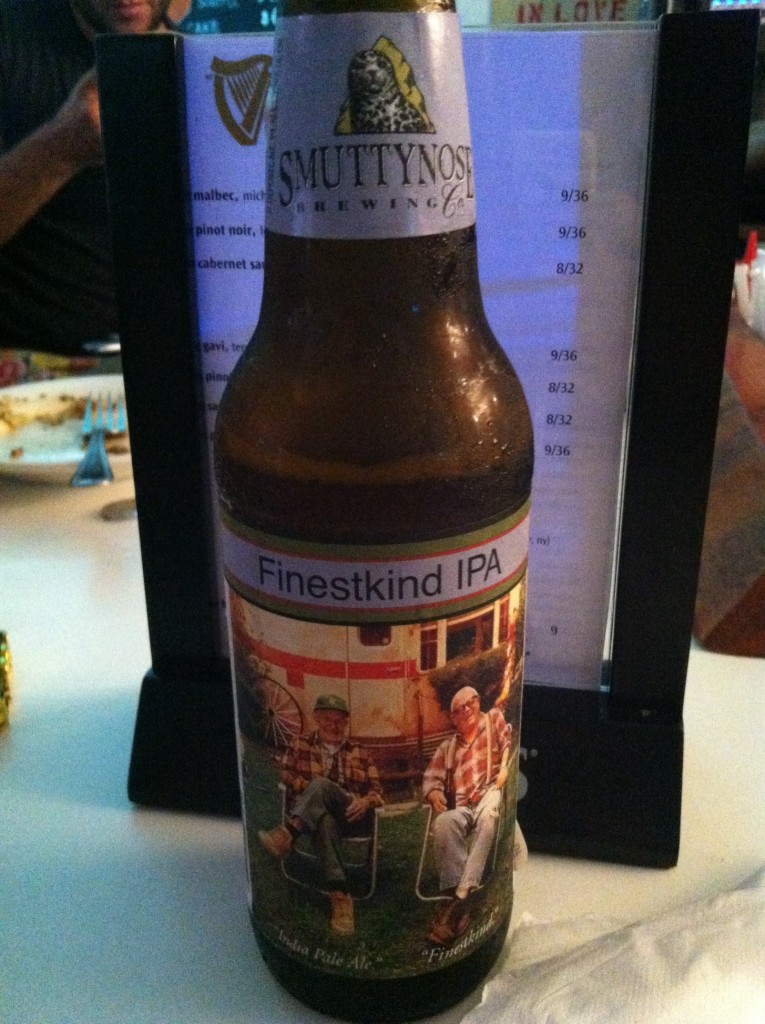 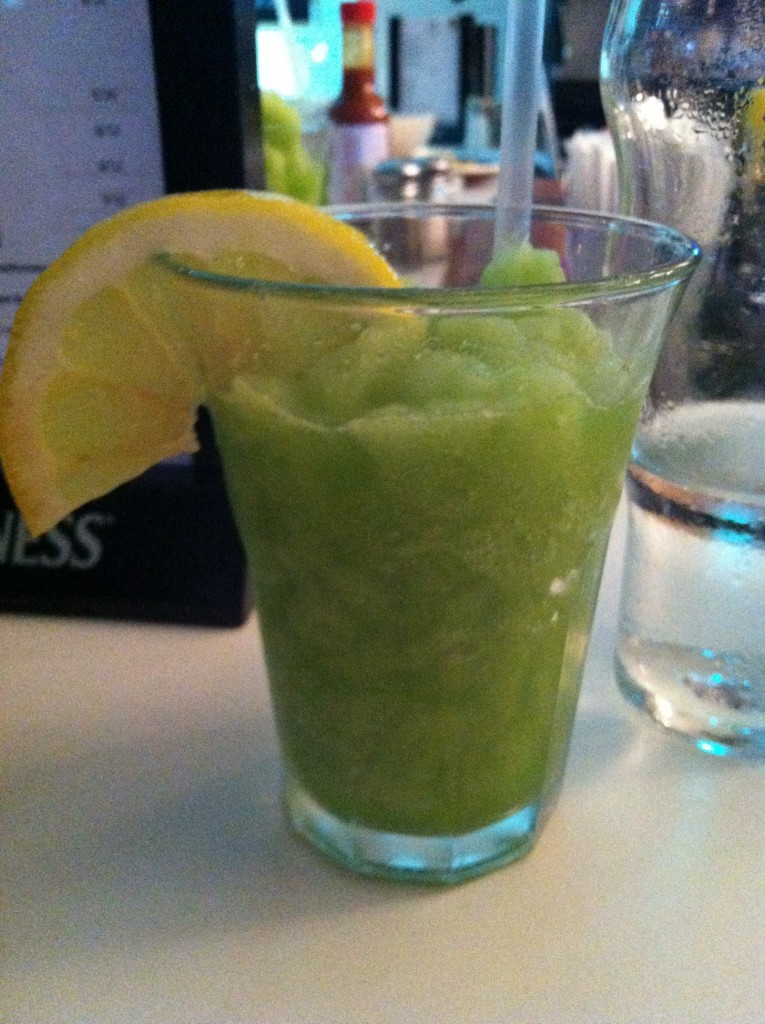 I’m a huge sucker for a hand written and dated specials menu. Theirs was much bigger than most places. About a dozen dinner specials and 20 or so market vegetable dishes that you could order as a side or get 4 as a meal. Normally that’s probably what I would order, but the veggie burger jumped out at me and upon further yelp investigation, I had to get it.

Something in my brain/body/stomach will not let me just order a single entree without at least trying an appetizer. I just need to experience as many different tastes as I can when I eat out. Because it was such a hot day, a nice cold gazpacho really sounded good to me. The bartender agreed so my ordering was done.

The soup came out first. I took a picture, but it doesn’t do it justice at all, so I’m leaving it out. I like my gazpacho a little thicker than how they prepared it, but the flavor was spot on. Unlike a lot of gazpacho I’ve had they dont blend it so you get a nice crunch with each bite. Fresh vegetables with a good amount of spice and a nice chill. You have the option to add avocado and I would definitely do that next time. You can also add shrimp for the fish eaters out there. 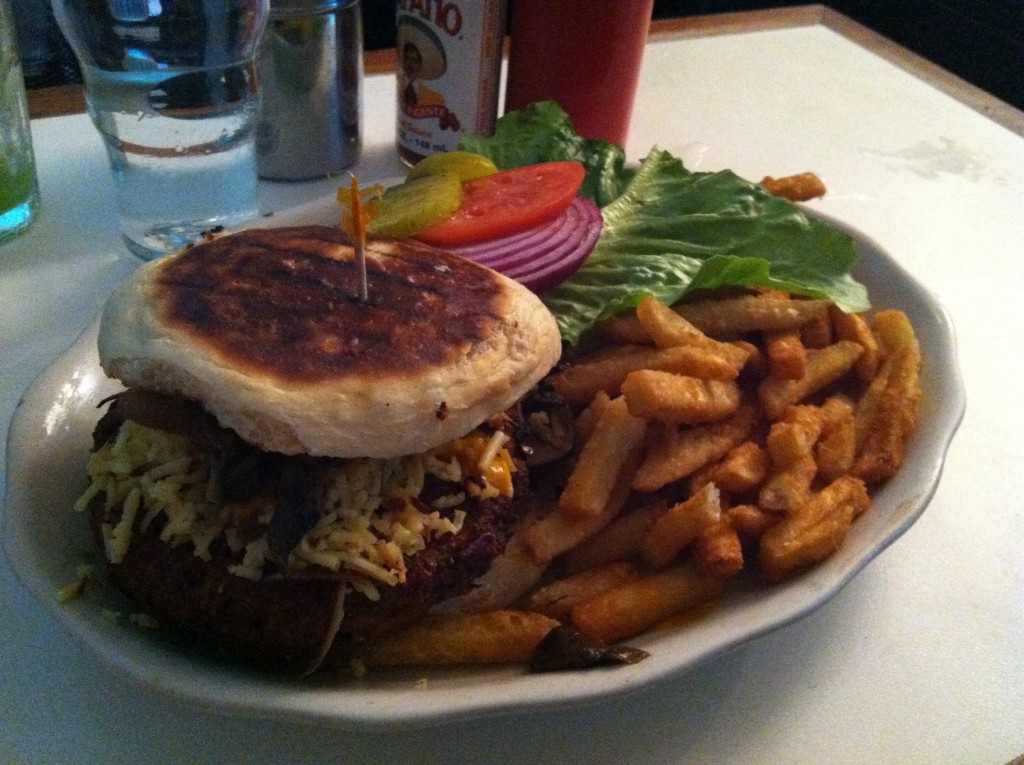 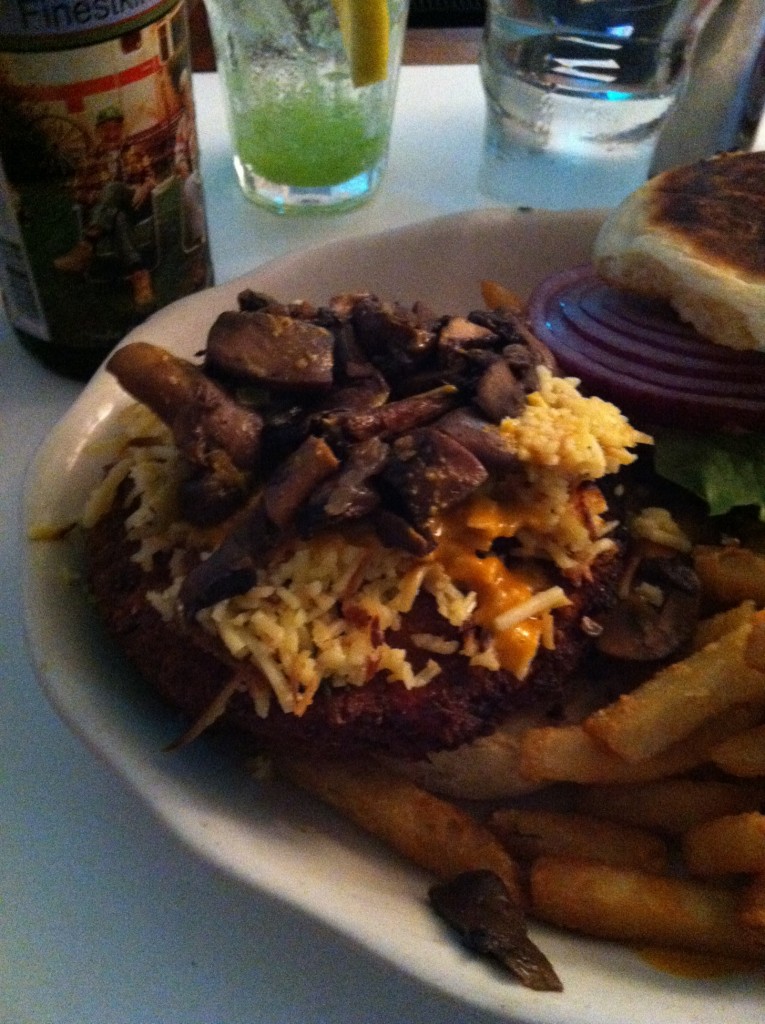 Then came the veggie burger. Totally excellent. The bun was like a larger, softer English muffin. It comes with mixed sautéed mushrooms on top and your choice of cheese (or none). I got mine with smoked Gouda on top which was great. You can tell its home made and really fresh. It’s definitely fried which tastes good, but this would not be something to order if you are looking to stay on the healthy side.

The fries were also well done. A great seasoned crunch on the outside with soft potato on the inside. Only downfall for me is that they didn’t have ranch dressing, or any real substitute, which is my crack. The server recommended their spicy tartar sauce which was a nice dip, but not really the same vibe.

Overall this place was great and I would definitely recommend it and go back (full disclosure, I ordered delivery from this place the next day and got the 4 veggies plate, yum!). Service was great and the food was top notch. Another spot added to my list of favorites in Manhattan.